I wanted to post some other stuff this week, but I’ve been a bit under the weather so I spent my time sleeping instead. Sorry to those of you whose posts I haven’t been commenting on. I’ve tried to read some of them but again, I chose sleep instead. The following is another Friday Fictioneers story from the photo prompt by Madison Woods. 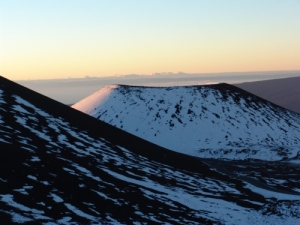 Mountainous beings, they are. Large, slow, and dumb as dirt.Despite their misgivings, they are blessed with one saving grace: a near inexhaustible supply of power.

When I last had the unfortunate displeasure of crossing paths with one of the bloody sods, I nearly paid for it with my life. It took every ounce of my strength and double that in courage to bury my blade in the ravenous beast’s eye socket.

Should you happen upon an ogre, you’d do best to run like your life depends on it, for it most certainly does. Evil, devilish things,those ogres are.

Like Loading...
This entry was posted on Thursday, May 31st, 2012 at 8:28 PM and tagged with drabble, flash fiction, Friday Fictioneers and posted in Stories, Writing. You can follow any responses to this entry through the RSS 2.0 feed.
« More Fun with Moths
“This is the most I’ve ever heard you talk” »

52 responses to “Be Warned”