Dusty walked down the deserted alley, the stones warm under his bare feet. Years ago, people would have packed the narrow passage like sardines. Not anymore.

He banged a rock against one of the metal pipes embedded in the wall. The sound reverberated through the alley.

Hideous creatures—disfigured, heartless things that had once been human before some psychopath started playing with chemical weapons—poured through broken windows and crooked doors into the cramped space.

Dusty retreated to the relative safety of the sewer, praying for the two bound children he’d left out there: an offering to appease the beasts.

This one didn’t come easily, and, as always, I have no idea if it’s good, mediocre, or shit. But I’m moderately happy with it, so I guess that’s good enough, right?

It’s hard to believe she’s still there, exactly where I left her, completely untouched after all these years. She’s just sitting there at the edge of the river rotting away to nothing, a mere shell of what she once was. I told myself I would never come back to this awful place, that it was best left in the past, but the gnawing need to apologize for leaving her this way grew too intense. I’ll always regret abandoning her on the edge of that dirty river in that little run down boat. I just wasn’t ready to be a father.

This is pretty dark for a story written on my birthday, but I tend to go that way with my writing, so I can’t say it’s much of a surprise. I’m not sure if the “she” in the boat is the baby or the pregnant woman. Either way, it’s bad.

On a lighter note, my wife (to my knowledge) still hasn’t hired that hitman yet. Another year older and I get to carry on awhile longer. Hopefully I can avoid making her too mad until my next birthday.

The Darker Side of Carl

Clutter pressed in from all sides. Claustrophobia gripped Andrea’s lungs as she pushed further into the room.

“I’m looking for Jonathan,” she said, barely above a whisper, to the shabby man on the stool beside the door at the back of the room.

“Ain’t in there,” the man replied and slid his boot to block the door.

He shrugged and pulled back his foot. She slipped through the battered old door.

“Told you he weren’t in there,” the man said as he slipped off the stool and followed her in, unfastening his belt.

Most monsters, the real ones anyway, tend to be human. This guy certainly falls into that category.

I wrote two stories this week, both that went to far darker places than I had originally envisioned. I actually preferred the other story, but decided to save it for the next edition of 100 Tiny Tales of Terror, which will likely be out in the next couple months if I get my butt in gear and get back to the writing I’ve been shrugging off in favor of warm weather and sunshine.

At the Water’s Edge 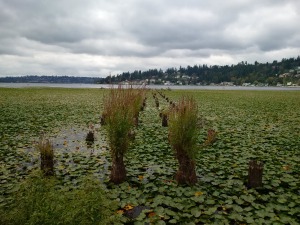 He knew she was out there, somewhere, probably hidden under all those lily pads–obscured by the dark, murky water. The water rippled in the wind, making the lily pads bob up and down in a hypnotic dance. He wasn’t sure he’d ever find her–wasn’t sure he even wanted to. Seeing her again wouldn’t lead anywhere good, not after so many years. He knew that, but still he went there every day after work and sat at the water’s edge. Not seeing her again seemed worse somehow. He needed to know she existed–needed to know he wasn’t crazy.

Click here to read stories from the rest of the Fictioneers. 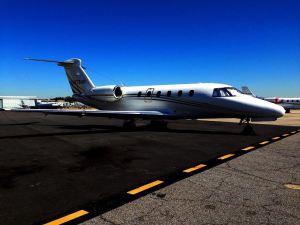 “What do you mean?” Kevin replied, and ducked behind the wheel.

“Where is everybody? We should have been spotted by now.”

Kevin gripped his baseball bat tighter and approached the plane’s door. “You’d rather we get caught?”

“That’s not what I’m saying,” Carter answered as he reached for the handle. “It just feels too easy.”

“Maybe things are finally starting to go our way.” Kevin nodded and Carter pulled on the door.

The stench of rot wafted through the crack and something bumped against the inside of the door.

This one took me a couple tries to get to a point where I was happy with it. Still not sure it’s perfect, but it’s good enough for the time being.